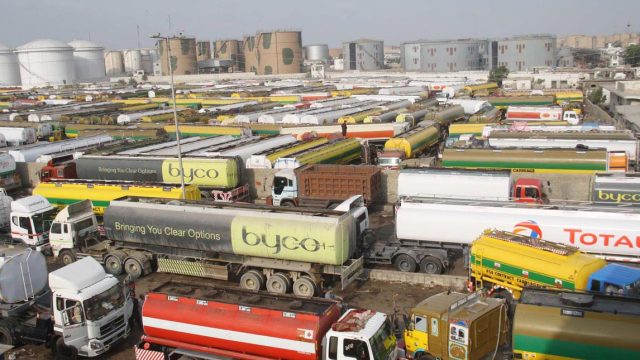 FIA registers eight inquiries against OMCs for the 2020 gasoline crisis

LAHORE: The Federal investigation agency (FIA) has registered at least eight inquiries against the shortage of petroleum products, which led to a serious crisis in 2020, according to the instructions of the Federal Cabinet, Bol News has learned.

The federal cabinet had written a letter to the director general of the FIA ​​ordering an investigation into Oil Marketing Companies (OMCs), which allegedly caused the treasury to lose 25 billion rupees in 2020 due to the shortage of petroleum products.

A senior FIA official, privy to the developments, told Bol News that the FIA ​​had registered eight requests under the Cabinet ToRs, including (a) lack of at least 20 days of inventory as per the OMC’s licensing requirements a prolonged period of time, (b) failure to ensure that OMCs collect products from local refineries in accordance with PRM decisions of February, March and April, (c) failure to ensure implementation of PRM decisions regarding imports, (d) obvious Maneuvering ship berths, (e) fake sales, hoarding and discrepancies between reported and actual shipments of OMCs to retail stores, (f) illegality related to preliminary marketing licenses to OMCs, unlawful joint ventures and entertainment, illegal private storage and retail outlets , (g) Investigating the affairs of BYCO-Raffinerie u nd OMC regarding MT Rhea, and MT Elsa reported involvement in the sale of illegal petroleum products and (h) questioning companies involved in adulteration of petroleum products.

According to the FIA ​​official, investigators have written letters to the Oil and Gas Regulatory Authority (OGRA), Ministry of Energy Petroleum Division (MOEPD), Karachi Port Trust (KPT), and other related departments, and have official records of the inventory Obtained petroleum products. their imports and the pricing mechanism.

The FIA ​​official said that after analyzing the official records, the OMCs would be asked for their response in order to complete the investigation.

The Federal Cabinet, chaired by Prime Minister Imran Khan, referred the oil shortage issue to the FIA ​​in April of this year. The Cabinet had asked the FIA ​​to complete the forensic examination of the oil crisis within three months – the deadline expired in July, but investigations are still pending and more time has been sought to complete the task.

It should be mentioned that a commission of inquiry was set up in July 2020 to investigate the shortage of petroleum products in the country that submitted its report to the federal cabinet.

The Federal Cabinet had a committee made up of Planning Minister Asad Omar, Education Minister Shafqat Mahmood, Human Rights Minister Dr. Shireen Mazari, Railway Minister Azam Swati and the Prime Minister’s Special Assistant (SAPM) for Accountability Shahzad Akbar were formed to analyze the Commission’s report and propose recommendations for administrative and policy action in the light of the Commission’s findings.

The ministerial committee submitted its recommendations to the federal cabinet, which passed them in January of this year. The matter was later referred to the FIA ​​for evidence of the criminal act.

In addition, the cabinet letter also pointed out that despite the statutory 20-day backup stock rule, OMCs have been violating this rule for a long time.

According to the letter, the OMCs also failed to move stocks from the local refinery in a timely manner in February, March and April 2020. It also said that OMCs produced fake reports to cover up the artificial sale and hoarding of petroleum products.

The cabinet letter went on to say that OMCs had set up illegal private oil depots and retail stores and had requested an investigation. It also recommended that an investigation be opened into the sale of banned petroleum products by OMCs.