A new twist has emerged in the Gladys Berejiklian text leak scandal as Foreign Secretary Marise Payne denies being responsible for a post slamming Scott Morrison as a ‘complete psychopath’.

Unrest broke out in Canberra after a Liberal minister leaked an alleged exchange of messages between the former NSW Premier and a colleague condemning the Premier.

As the witch hunt for the ‘rat’ and second talker ensues, Ms Payne released a statement denying any involvement.

“I can say categorically that these claims have nothing to do with me,” Minister Payne said Wednesday.

“I have never had such an exchange with the former Prime Minister, I have never used such language, nor have I leaked any messages, if they are genuine.

“It is ridiculous to suggest otherwise.”

Ms Payne added that she ‘rejects’ the Prime Minister’s descriptions in the messages.

“They don’t match my long experience working with him. He’s the best person to lead this country now and in the future,” she said.

NDIS Minister Linda Reynolds, NSW Treasure Matt Kean on Wednesday denied being behind it, while Senator Reynolds’ office also insisted the minister had not sent such messages to Ms Berejiklian.

“I can definitely exclude myself. I certainly didn’t say anything like that, nor am I involved in any chat groups with the former premier of NSW,’ she told 4BC radio.

Deputy Prime Minister Barnaby Joyce called the Liberal colleague who leaked the alleged texts a “chip” and a “clown”, and called on them to explain themselves before they were exposed.

“There are three people who know this message, the former Premier of NSW, themselves and the media… oh wait, did I say three? I meant 3000.

“It’s about dinner and two bottles of red wine before the whole world knows about it.” 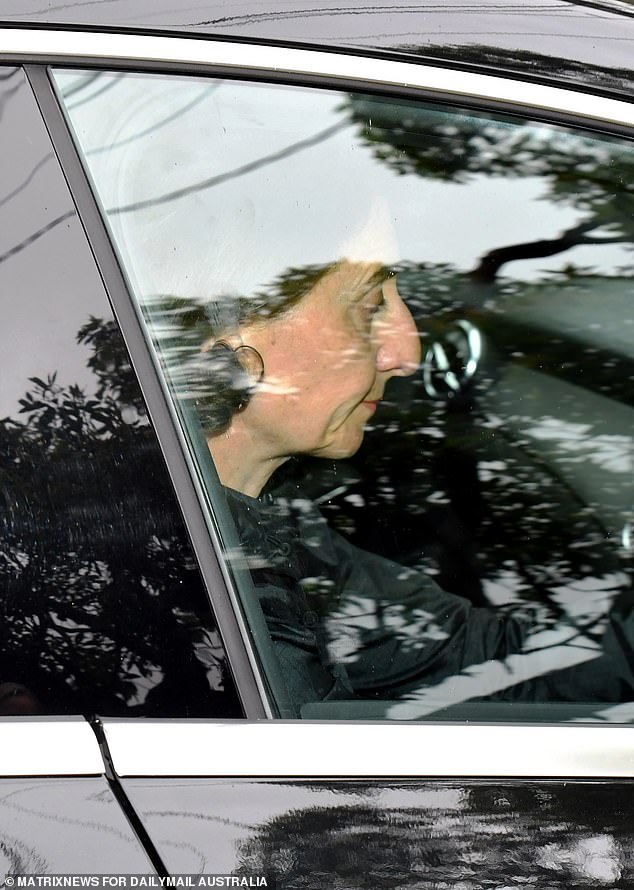 ‘So people will just look at you and say ‘you’re a clown!’

Mr Joyce said the identity of the lessor was not a secret and many people knew who it was.

“I would suggest that if you know anything about it, don’t wait to be exposed, come out yourself and give an explanation,” he said.

“Maybe you had a bad day at the office, I don’t know. But give an explanation for yourself and that’s the best way to do it.

According to Network Ten, Ms Berejiklian allegedly called the Prime Minister a ‘horrendous, horrible person’ who was ‘actively spreading lies’ during the exchange with the unnamed minister. 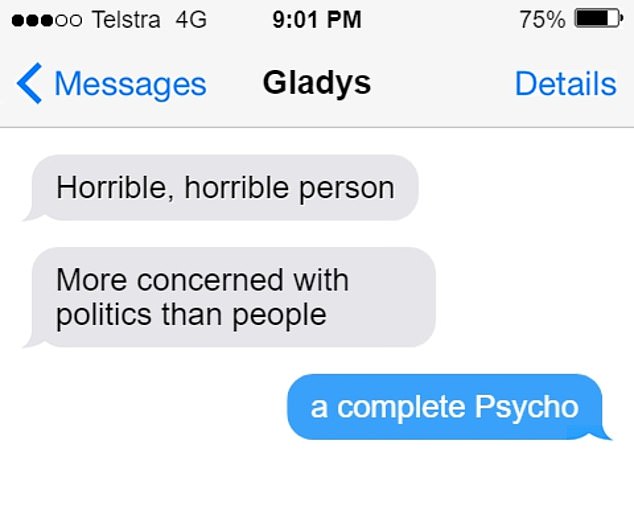 In the posts (pictured), Ms Berejiklian reportedly said Mr Morrison was concerned about the ‘political pointing’ during the Black Summer bushfires

‘Lives are at stake today and he’s just obsessed with the small political points,’ she reportedly said during the Black Summer bushfires.

The Minister went on to call Mr Morrison a ‘complete psychopath’ and also described him as ‘desperate and jealous’.

“The crowd has unmasked him and thinks he’s an impostor,” the minister said.

Asked if he was convinced the minister was not currently in his cabinet, Mr Morrison told reporters: ‘Yes’.

“I’m not agitated,” he said when asked if he had asked for an investigation into their identity.

Mr Morrison was again pressed to find out what made him so sure the minister was not currently in the federal cabinet.

“I have confidence,” he answered.

Ms Berejiklian had previously insisted she had no recollection of the text exchange. 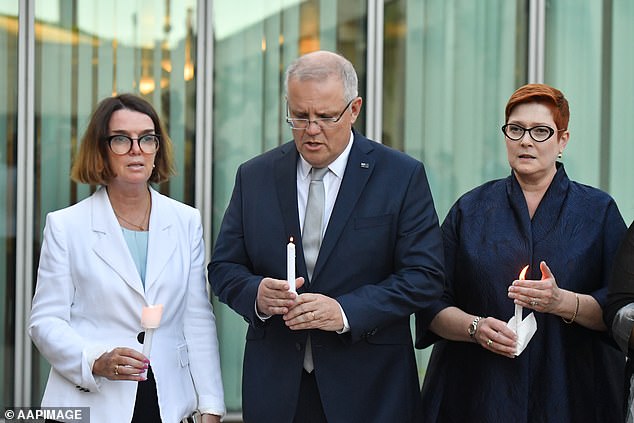 She sought to reiterate “my very strong support for Prime Minister Morrison and all that he is doing for our nation at this very difficult time”.

Mr Morrison said he had yet to discuss the saga with Ms Berejiklian.

“But I welcome her very kind comments that she made yesterday, and it reflects very well on the strong working relationship we’ve had,” he said of his statement.

Labor leader Anthony Albanese said it was an extraordinary text exchange, coming at a time when the bushfires were having a devastating impact and people were worried about the federal response.

“The former prime minister’s statement where she said, ‘Lives are at stake today and he’s just obsessed with the small political points’, I think is devastating,” Mr Albanese said. .

“That alone is enough to disqualify him (Mr Morrison) from being someone who gets a second term.”